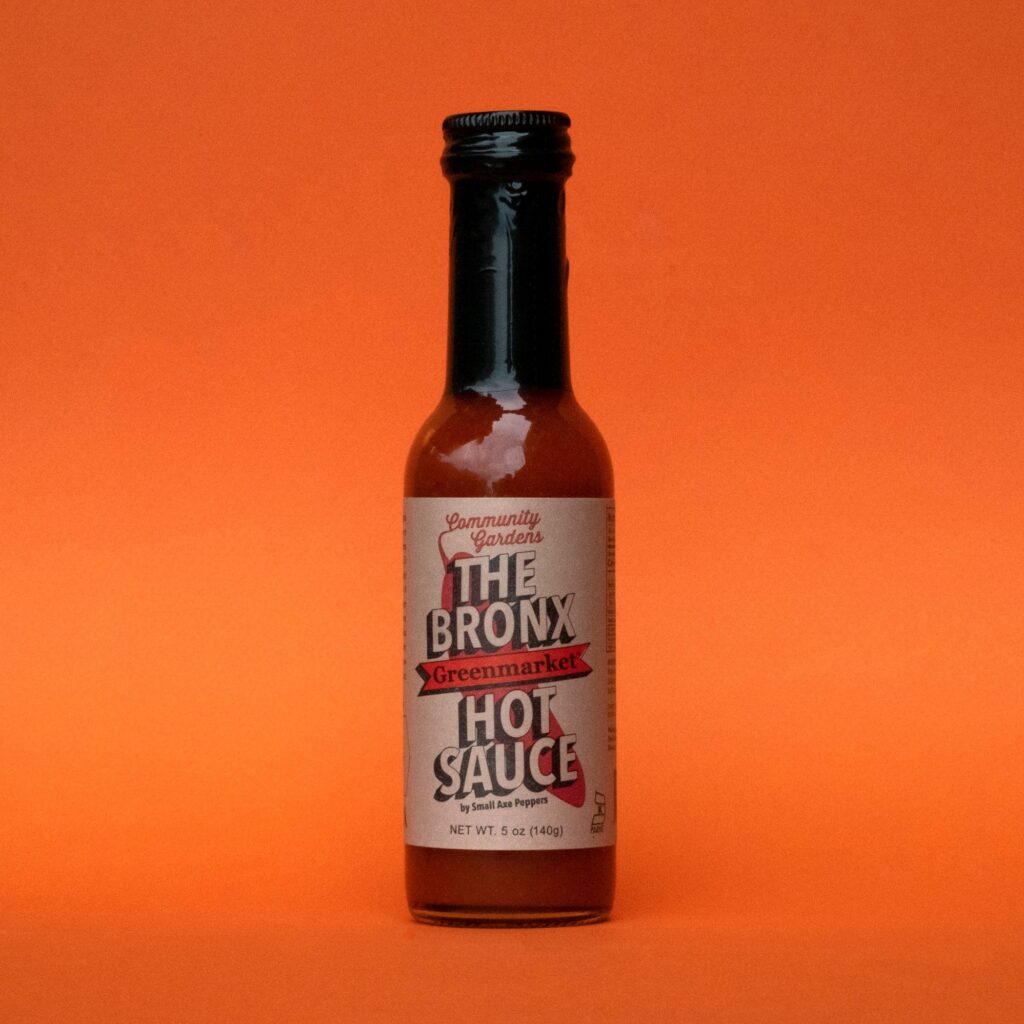 About The Bronx Red Hot Sauce

Here’s what Small Axe Peppers has to say about their Bronx Red Hot Sauce:

The Bronx Red Hot Sauce is made with serrano peppers grown in more than 40 community gardens throughout The Bronx. Each bottle purchased directly supports the gardens and gardeners who grow peppers for this hot sauce.

These red peppers are left on the vine for 6 weeks longer to give them a more mature and vine ripe taste. Made with 6 all natural ingredients, it is the late-season peppers that give this Bronx Hot Sauce a smoother taste than the original Bronx Hot Sauce green.

The Bronx Red Hot Sauce from Small Axe Peppers is yet another sauce that gives a little back. Born of a collaboration between Small Axe Peppers LLC and GrowNYC, the sauce is made with Serrano Peppers from Greenmarket farms and Bronx community gardens. Purchases support local communities and local farms. Greenmarket farms deliver the pepper seedlings to the community gardens who grow the peppers. Subsequently, the farm purchases the pepper harvest for the creation of this sauce.

The sauce starts out with a tangy yet sweet forwardness that comes from the apple cider vinegar and sugar, which is then followed up by bold notes of aged pepper, which slowly spreads across your palate. This peppery flavor comes from the aging process of the serranos, and is also what gives it its red color, despite having the exact same ingredients as its green predecessor. Serranos will transition from green to red if left to fully mature past 8 or 9 weeks, and according to Small Axe Peppers, an additional 6 weeks on the vine allows the peppers to reach this desired color and flavor profile.

Soon after, a hint of garlic adds complexity to the peppery overtones, but it lingers as the aged pepper taste fades and is joined by a subtle onion flavor that combines with the garlic to leave a savory and pleasant aftertaste. All of this is rounded out by a touch of salt, making for a very balanced finish.

In terms of pairings, The Bronx Red Hot Sauce could be added to salsa to give it a more substantial kick. Or it could be incorporated into a chicken marinade due to its nice balance of tangy, sweet, and savory elements that would surely shine on the grill. Given its acidity, it also compliments tomato-based sauces and would be the perfect addition to a Vodka sauce to crank up the heat.

Overall, it’s a very balanced and ubiquitous sauce that works both alone and with a diverse variety of other ingredients. On a heat scale of 0-5, this sauce ranks in the mid 1s. 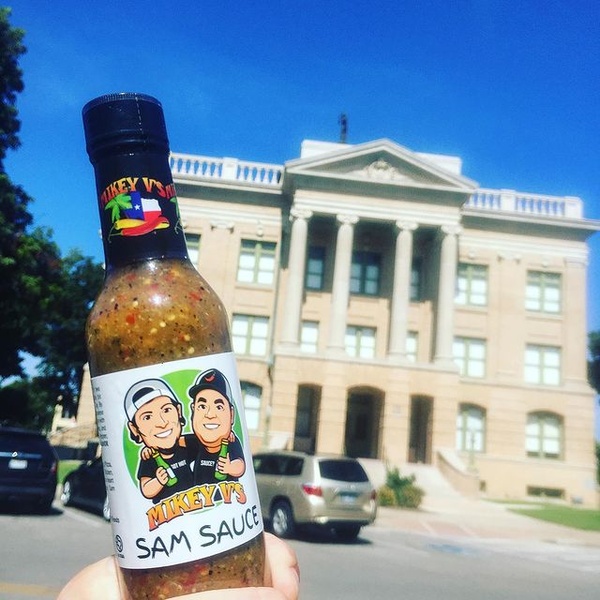 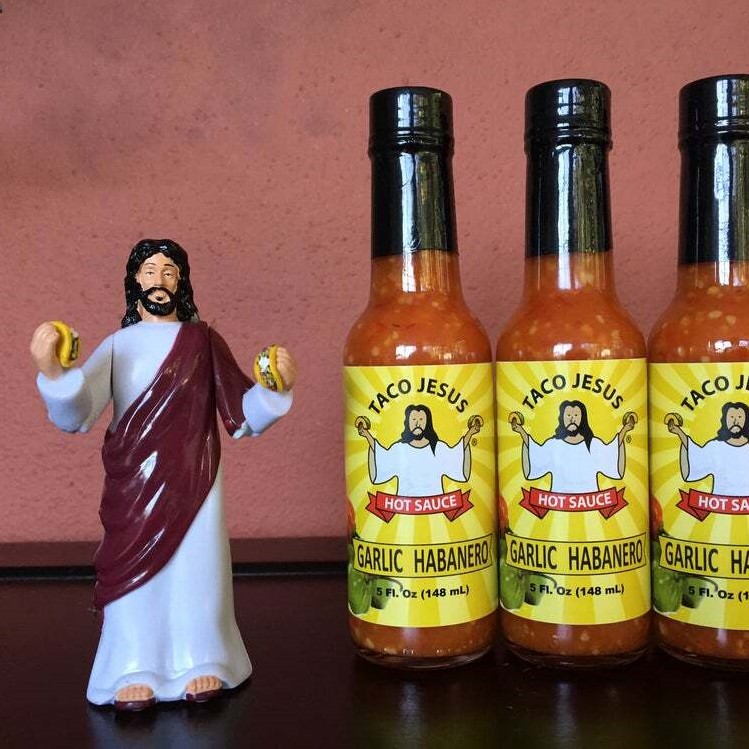 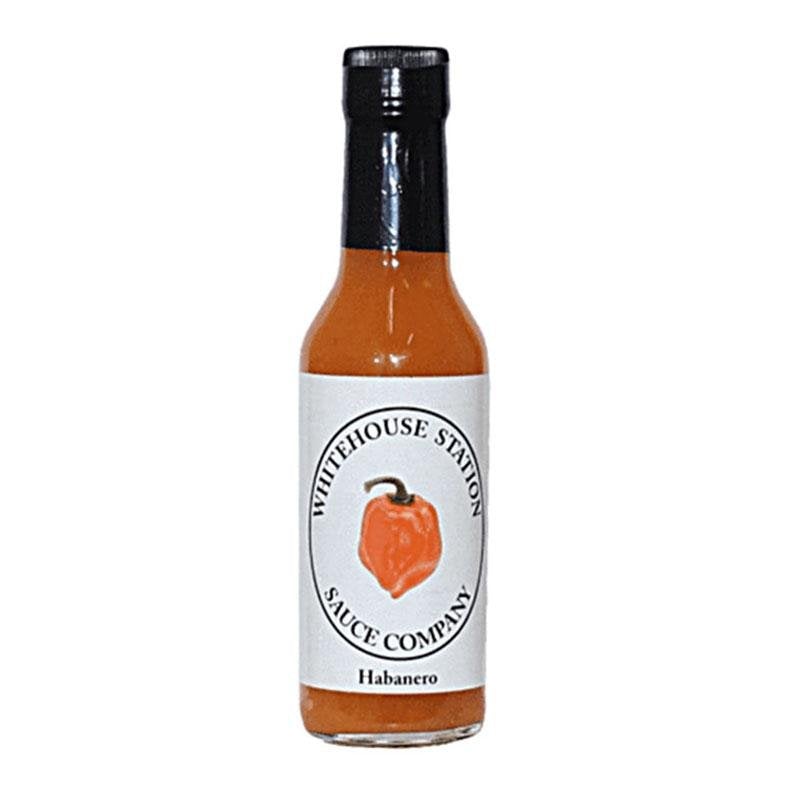 SPicy recipes, Straight TO your inbox

CHECK OUT OUR
SPICY RECIPES! 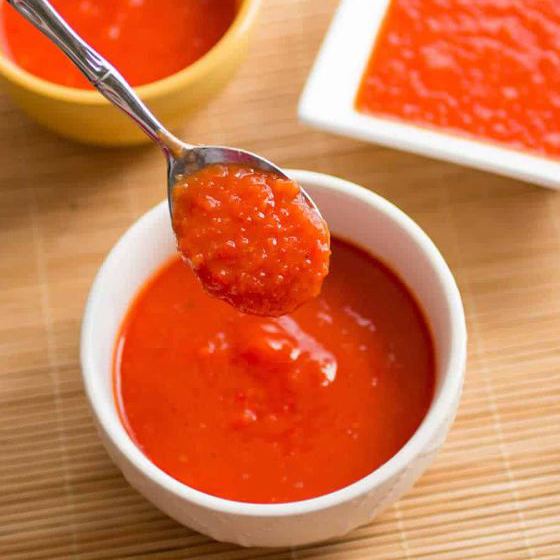 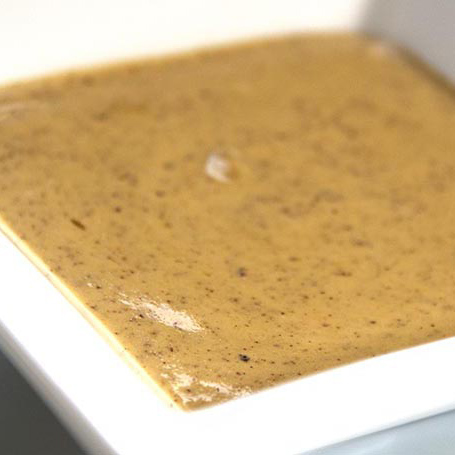 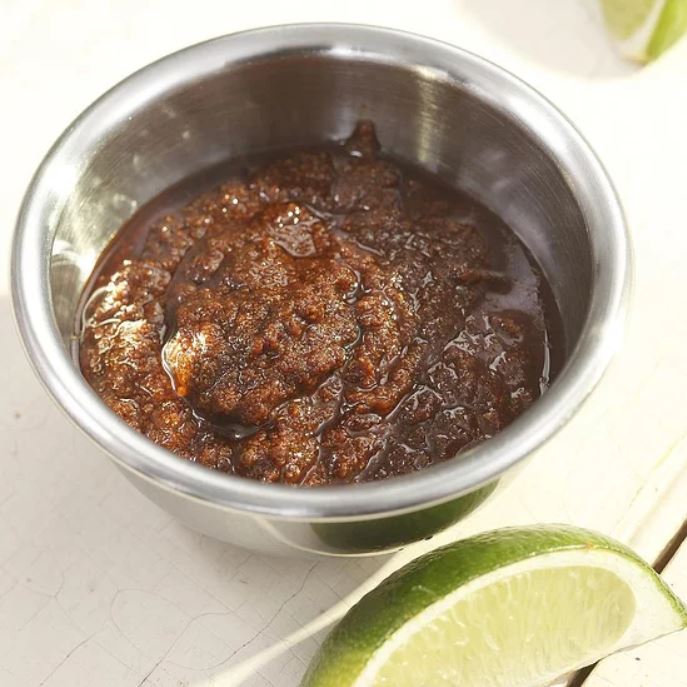 *As an Amazon Associate, we earn from qualifying purchases.